The most beautiful convertible in its class is unveiled.

Vanquish Volante was designed as the ultimate convertible.

Powered by the uprated AM29 V12 Engine

Blistering acceleration sees Vanquish Volante maintain the sporting ability of Vanquish Coupe as the AM29 V12 engine powers from 0-60mph in just 3.8 secs.

The raw statistics speak for themselves: 568 bhp at 6,750 rpm and 630 Nm of torque at 5,500 rpm. Vanquish Volante offers continent-crossing capabillty. 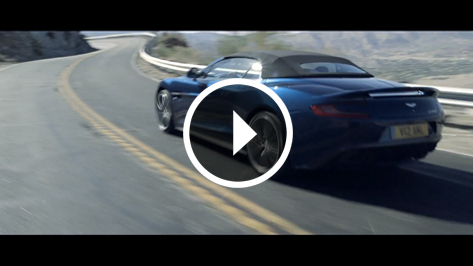 50% more boot capacity, the same roof up or roof down.

"This super GT is sculpted to convey sophisticatation as much as raw power."

Authentic craftsmanship of the finest materials.

Hand stitched leather using only the most supple hides.